I installed a GFO/carbon reactor on the frag tank as well and began dosing vinegar to lower the nitrates. Hopefully the color and growth will take off again. 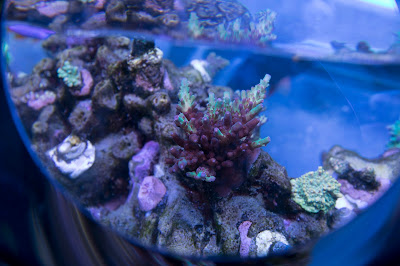 Vivid Rainbow
Posted by Rick Goettel at 3:44 PM No comments:

I replaced my metal halide/T5/LED combo for an 8 bulb ATI Sunpower. The PAR is identical to the previous trifecta and I am now using 432 watts of power versus 770 watts. I also added a GFO reactor which is also running ROX 0.8 carbon as well as dosing vinegar via the dosing pump. 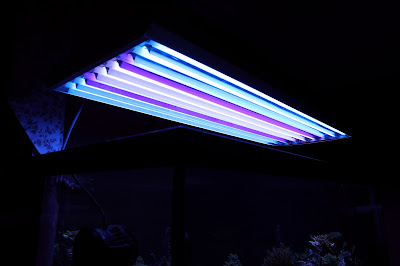 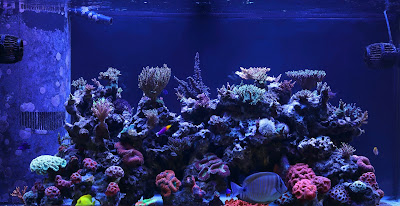 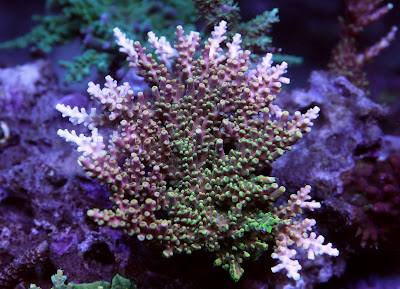 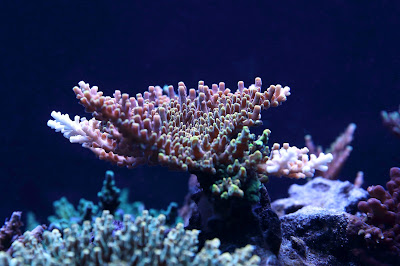 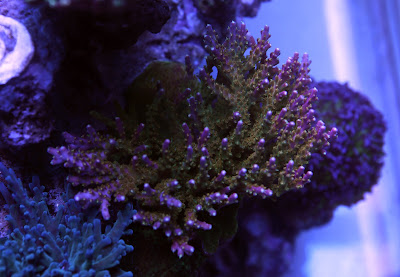 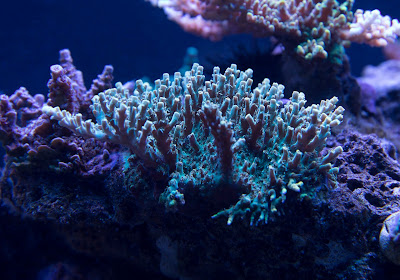 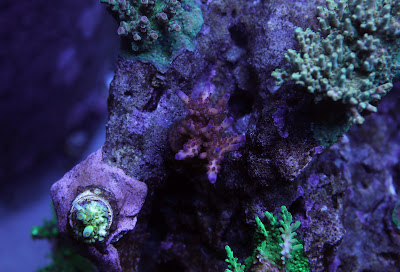 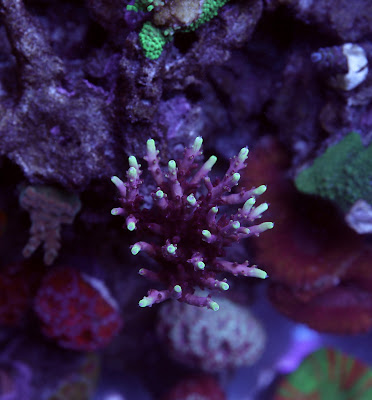 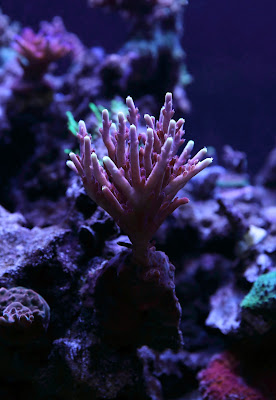 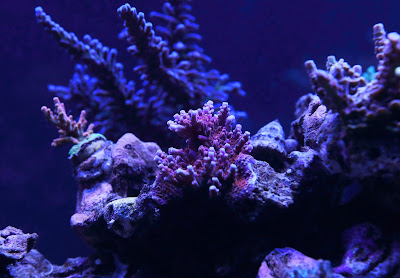 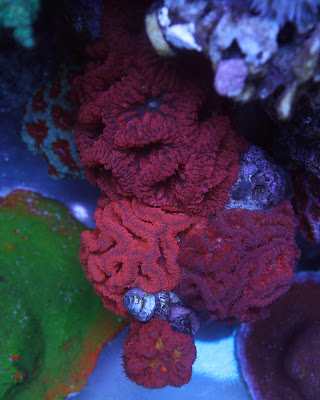 Posted by Rick Goettel at 10:33 PM No comments: