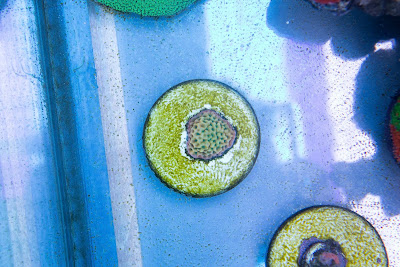 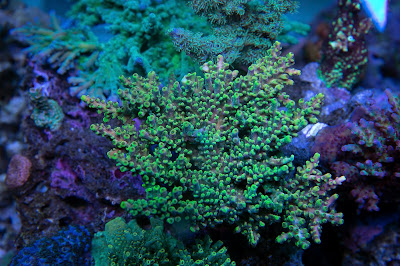 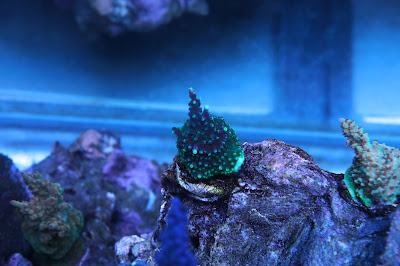 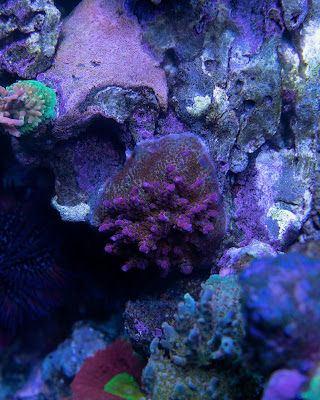 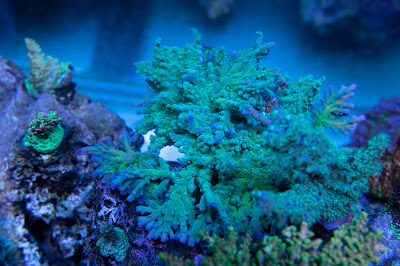 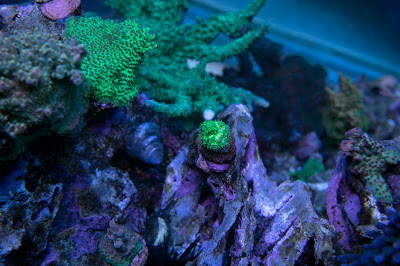 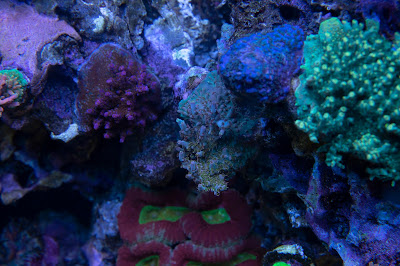 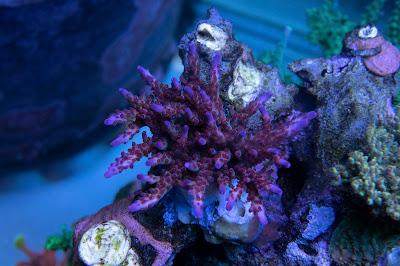 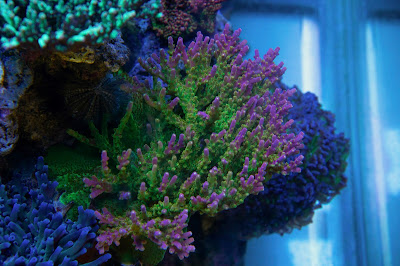 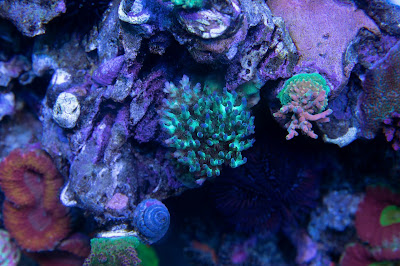 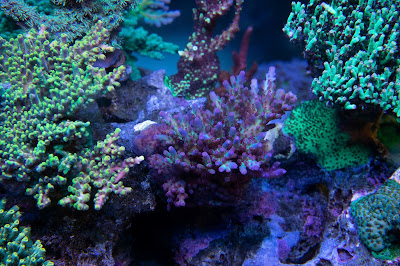 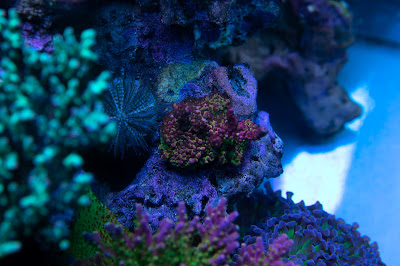 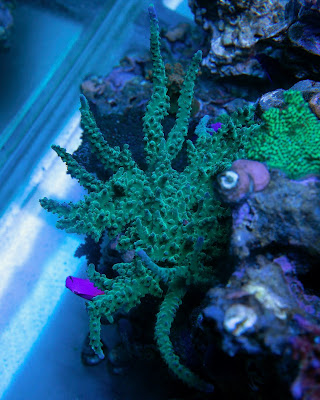 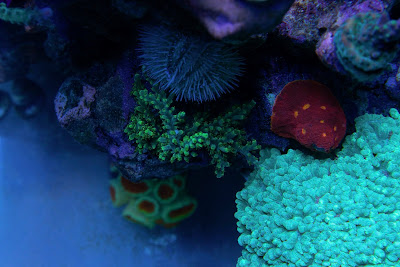 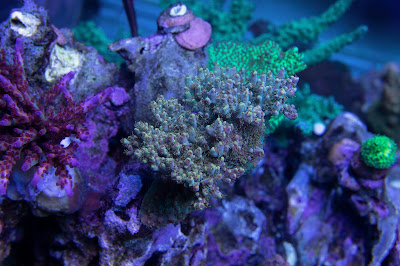 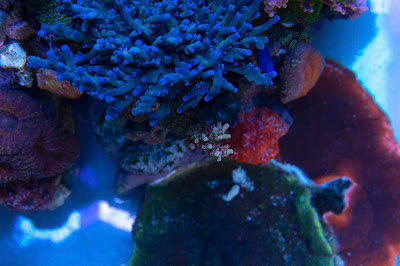 It's been awhile since my last update, I have since switched back to Instant Ocean sea salt, I switched my dosing from BRS to ESV and I also began dosing ESV trace elements. I have seen huge color improvements after switch salts and the Chaeto growth has taken off with the addition of trace elements. I prune the algae every two weeks during water changes because it grows so fast now. I do not test for phosphate or nitrates, I am relying on my Chaeto growth, 10% weekly water changes and GFO & ROX 0.8 carbon to handle my nutrients. 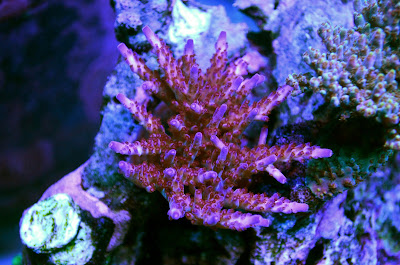 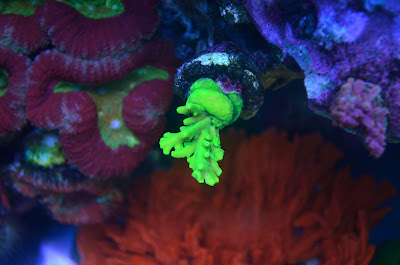 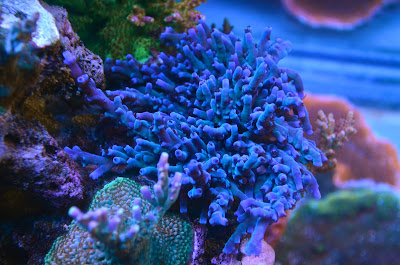 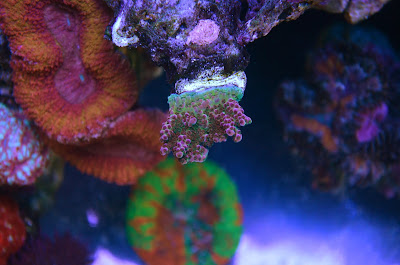 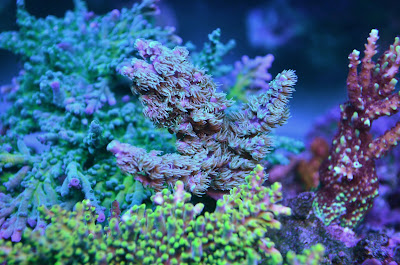 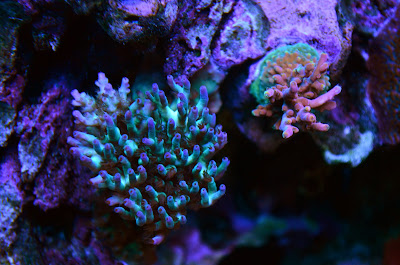 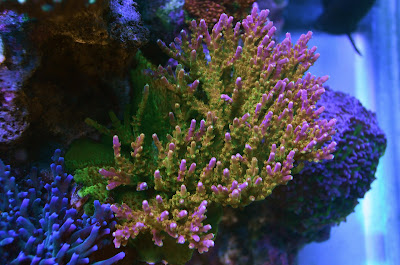 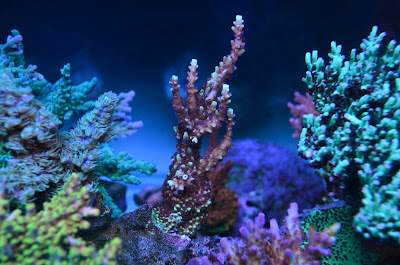 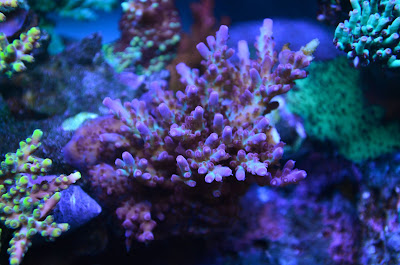 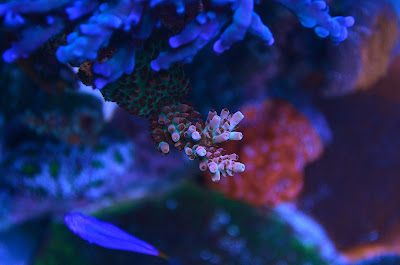 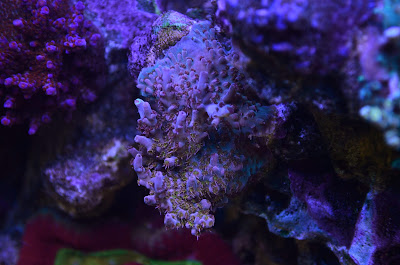 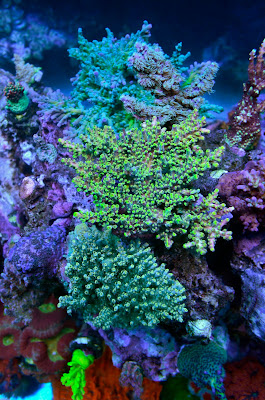 Posted by Rick Goettel at 10:59 AM No comments: